Iain Faulkner is a Scot born in Glasgow in 1973. From an early age, Iain had an interest in art, attending Glasgow School of Art and in 1966 left with a BA (honours) degree in Fine Art.

Unlike his contemporaries, Iain Faulkner did not pursue the usual route but chose the more demanding and difficult route of figurative painting. It was a good move because, by the age of 29, his endeavours and commitment have brought success in his relatively short career. His last four shows in both London and New York selling out.  He has also had successful shows in France, Switzerland, Spain and Italy.

His work has a feeling of time gone by with many of his works containing a solitary figure, wearing braces looking out to sea or land.  You could say that Iain Faulkner paints moments of contemplation.  They reflect those moments in life when you pause, think about a person or something. Maybe it is the beauty of a sunset or the vista in front of your eyes.

There is sadness in some of his works and a feeling of solitude, melancholy and loneliness which viewers find intriguing.  Maybe it’s the mystery or the dramatic. “What is he thinking?” or “what is he reminded of?”

They say a picture paints a thousand words.  Ian Faulkner's pictures do that because he relies on the strong, powerful images to give impact as there is seldom any narrative.

His colour palette is limited also which lends itself to the dramatic.  There is a marked contrast between the light and dark tonal parts of his work.  Ian Faulkner tends to only use two or three colours in most of his paintings, but each of his images is striking and powerful.

Iain Faulkner’s work is popular because it takes the viewer back to a time when everything moved at a slower pace and his work has a feeling of calm and tranquillity about it that the buying public has taken to heart.

Although Iain Faulkner’s originals these days have a high selling price because of his popularity, he produces signed limited edition prints that are much more affordable.  All his prints come with a ‘certificate of authenticity.’ However, because his work is in such demand, his prints sell out rapidly.  Most of his editions are 150 in number and each individually signed by him.  Many of the iconic images he has produced have sold out and only available on the secondary market.  His prints are produced by the giclee method on good quality cotton rag paper.

These are some of the images currently available:

All these are currently available from Studio 18 although things may change as the market in his work is very fluid.  It is best to keep an eye on our website which we update often.

The work of Iain Faulkner looks stunning framed, suitable for any house and because they are so striking, make a talking point in any setting. 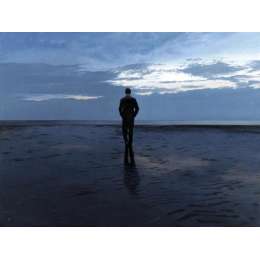