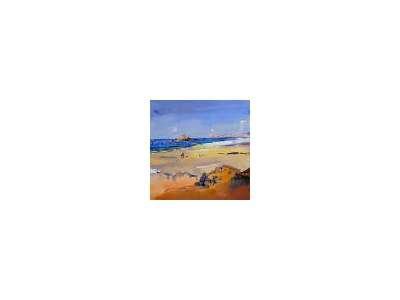 Eric Lionel Walker was born in Nassau, Bahamas in 1941, and lived in the United Kingdom from 1950 to 1983, Jersey from 1983 to 2005, and Northern Provence, France until his death in 2011. He studied art at the West of England College of Art, and Architecture at what is now Bath University. He has exhibited at the Royal Society of British Artists, Royal Watercolour Society, Royal Institute of Painters in Watercolour, Royal Birmingham Society of Artists, and Studio18 held a retrospective of his work in 2011.