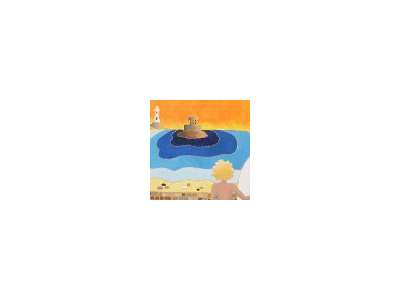 Originally a scuba diving instructor, Debbie is inspired by the ocean and her travels around the world. She paints mainly in acrylic and oil, using plenty of texture, colour and gold outline.

Her work can be seen in various café’s and restaurant’s around Jersey where she lives and works. She merges the colours of the Caribbean with the spectacular scenery in Jersey to create vivid art. Her work has been described as “happiness in a frame.” Debbie is also a sculptor and one of her designs called “The Wave” was chosen to be installed in front of St Brelade’s Bay Hotel in Jersey. She also works in wood and mosaic indulging her passions for primitive and rustic styles of art.