Boris (1893-1985) was born in Moscow in the USSR to French parents. He returned to France at a young age living in the region of Alsace.  He signed up and served in the French army during the First World War and moved to Paris where he continued to live until his death.

Boris O Klein became an artist and cartoonist and is best known for his etchings of dogs getting up to mischief. They have become known as the ‘Dirty Dogs of Paris’ or ‘naughty dogs’ because many of the etchings portray lewd acts.

It appears that most of his work was sold to tourists visiting Paris. It was this that probably led him to start producing prints as he could make multiple copies of the one image and sell it over and over again.

When he produced the series that have become known as the “Dogs of Paris,” it amused and resonated with tourists and became a best seller for him and they have remained popular to this day.  The “Dogs of Paris” series was produced by engraving.

The technique requires the image to be “etched” into a plate of a hard surface by a tool called a burin. (These days usually copper).  Ink is then rubbed all over the plate and the excess removed leaving ink in the etched lines.  Good quality paper is needed which is dampened slightly.  The plate and the paper  then put under a press leaving the image on the paper.  Engraving is quite a time-consuming exercise as each print has to be individually done by hand.  Each print of the “Dogs of Paris” series was then hand .

Upon the death of Boris O Klein in 1985 his Grandson Eric, has taken over the production of these prints from the original plates and hand paints them to authentically match the originals of his Grandfather.

Boris O Klein etchings have remained very popular and can be found in many houses and establishments throughout the world. 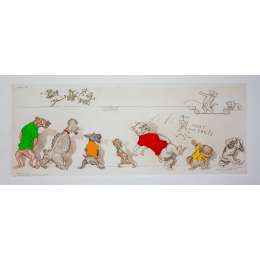 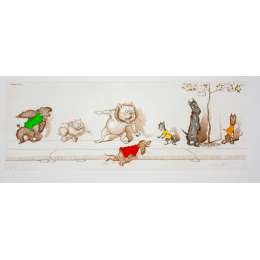 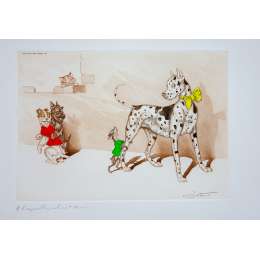 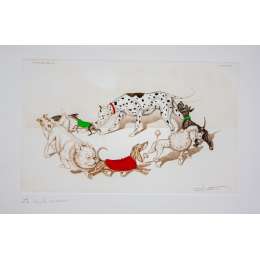 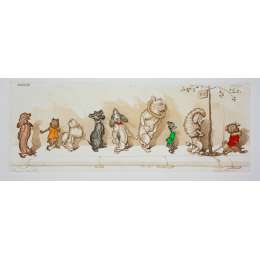 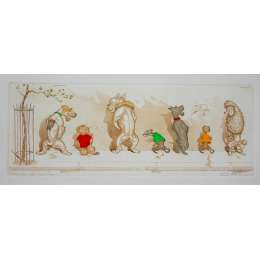 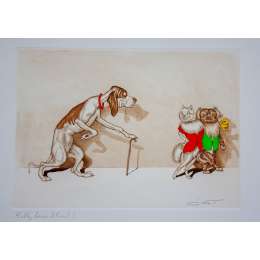 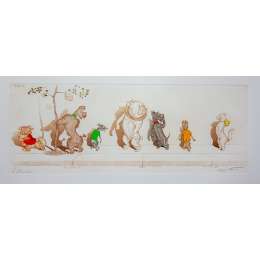